The Cathedral of the Marshes

Home > Stations on a Journey > Christ Falls for the Second Time

Christ Falls for the Second Time 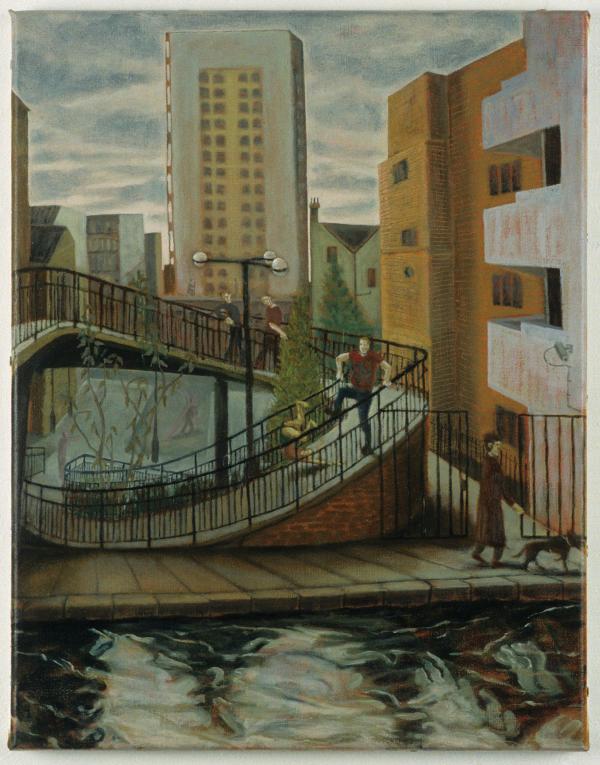 7. Christ falls for the second time: Footbridge over the Grand Union canal W10.

Like the penguin pool, a spiral forms the central image of this Station, but here Christ is kicked down its incline. His persecutor is a large youth wearing a T-shirt with the League of St George logo. His allegiance to a violent far-right organisation represents the still virulent racist views of a minority. An innocent witness walks by with his dog under the watchful eye of a CCTV camera, also pointing the wrong way.